The Vincast with Michael Brajkovich MW from Kumeu River

The Brajkovich family emigrated to New Zealand from Croatia in the 1930s, bringing with them some experience growing grapes for wine production. After purchasing property just outside of Auckland in the 1940s, the family tended the vineyard for decades until officially launching the Kumeu River brand in 1986. The winemaker is the eldest son Michael, who has not only taken their wines to a world-class level, but also became New Zealand’s first Master of Wine in 1989! Michael was my guest on this episode of The Vincast, sharing his family’s and his own stories.

Subscribe to the podcast on iTunes, Stitcher, PlayerFM or Podbean, and don’t forget to rate and review!

The Vincast with Lance Redgwell from Cambridge Road Vineyard

Lance Redgwell learned an appreciation for quality produce from his grandmother, who grew many of her own vegetables that she used in her kitchen. Once an adult he discovered wine and liked how it made him think, and decided to embark on a wine career. His policy was to learn by doing, and over his career he has gained experienced in a number of elements of the industry and in many locations. After much searching he decided to create his own wine in the Martinborough region of New Zealand, and the vineyard he purchased happened to be on Cambridge Road. 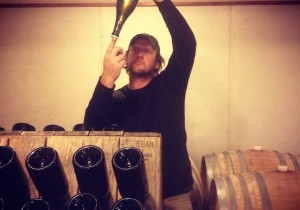