Pinot Grigio 2012
Quite shy on the nose, barely there. Thin and watery, doesn’t offer much at all in flavour nor texture.

Pinot Grigio Arneis 2011
A tad sweaty and funky but generally somewhat flat. Dull on the palate but quite easy drinking. Again doesn’t offer much.

Sangiovese Shiraz 2010
Quaffing wine. Not a lot more than that. 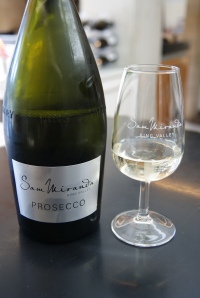