In case you weren’t already aware, the Mendoza wine region is large in area and volume. Covering an area about the size of the entire Murray Darling Basin, and producing more wine than Australia and New Zealand combined, there are a lot of vineyards. There are also over 1,200 wineries, equivalent to all of Australia, and a range of different viticultural areas. The main difference between these areas is elevation, ranging from 800m to 1500m above sea level. The Uco Valley, 1.5 hours South of Mendoza city, is one of the more elevated and newer viticultural areas in Mendoza, and it was here I visited the only winery of the day. The reasons were two-fold. Firstly I didn’t realise how far away the winery was, and secondly because it was difficult to find and I took several wrongs turns. Worth the drive though, even in the blistering heat with virtually no air conditioning. It was also amazing how the Andes are so clear in the morning and you can see the snow-capped peaks, yet by the afternoon the clouds and fog has set in and they are almost invisible. 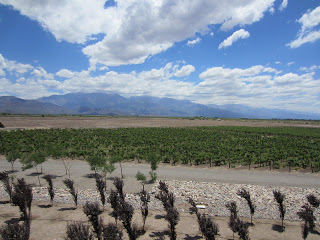 O. Fournier was established in 2000 by the Spanish family, Ortega Gil-Fournier. The goal was to take advantage of a previously undeveloped part of Mendoza by buying huge tracts of land to plant predominantly tempranillo vines. Much like Rioja or Ribera del Duero, the Mendoza region is very dry and hot, and a long way from the coast, so it is not hard to see the potential of Spanish and Italian grape varieties. Building a world-class winery was no mean feat, taking serious investment in money and time. Purchasing land, establishing entirely new vineyards and designing and building a modern and functional winery is no easy or cheap enterprise. Back in the late 90s the entire project cost US$10M, but today the land alone is worth US$15M. Pretty good investment if you ask me. The scale of the winery has to be experienced in person, no photos can do it justice. The enormous cellar is called the cathedral for good reason, and the packaging and warehouse area feels like an airport terminal. It was really interesting to share perspectives with the Hospitality Manager Paula as we tasted through some of the wines. Click here to read my notes. 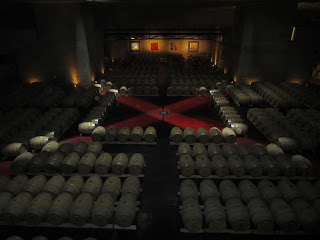